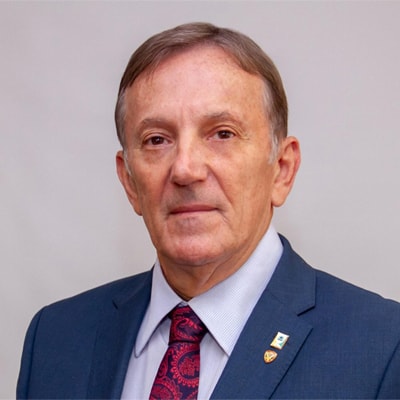 Floriano Peixoto Vieira Neto, President of the Brazil Post since June of 2019, is a Retired General of the Brazilian Army. He graduated from the Agulhas Negras Military Academy in 1976 and is a military paratrooper.

During his 42 years of service, he served in different military organizations in the Army and held various positions of relevance to the Force.

He has had extensive and relevant experiences serving abroad, to include as a student in the U.S. Army’s Infantry Officer Advanced Course; as the Brazilian Army’s Representative to the Geneva Convention in Switzerland; and as the Brazilian Military’s Advisor at the United States Military Academy at West Point.

He served in the United Nations Mission of Stabilization in Haiti (MINUSTAH) two times.  Firstly, as the operations officer for the first Brazilian Contingent, in 2004. The second time as the Force Commander for MINUSTAH, during the period that included the 2010 earthquake. From 2014 to 2015, he was a member of the United Nations High Level Independent Panel for Peace Operations (HIPPO), whose report has been implemented within the scope of the Organization.

Among other participations, he was a visiting researcher at King’s College in London, UK; and a speaker at several universities in Brazil and abroad on a variety of subjects including leadership and international organizations. He holds a Graduate Degree in Business Administration, with an MBA in Executive Management.

He was Minister-In-Chief of the General Secretariat of the Presidency of the Republic of Brazil under President Jair Bolsonaro.

In 2021, his management of the Brazil Post set a record for profits spanning the past twenty-two years.